All of my books are currently available on Amazon and Kindle Unlimited.  Print books are also available On Demand through Amazon.  My novellas are bundled into two-story sets for print editions. 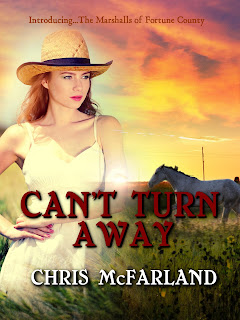 
John Marshall has spent the last three years of his life travelling the world.  When he discovers Founders, a small coastal town cut off from the rest of the world by the very geography that makes it beautiful, he thinks he has finally found the one place where he can rest, and where his past will never catch up to him.  That is until a local rancher’s daughter with a familiar name and a spit-fire attitude wanders into his warehouse and sets his world spinning.

Everyone knows what Delores “Della” Whitely should do with her future.  With a brilliant head for numbers and the voice of an angel, Della could write her own career ticket.  The only problem is that she is tired of everyone else deciding what is best for her.   Taking a stand she accepts a date with the all too tempting new guy in town.  Suddenly her dreams start to take shape before her eyes, but all too soon a terrifying reality sets in.  Is the secret he is hiding putting her happy ending - and her life - at risk? 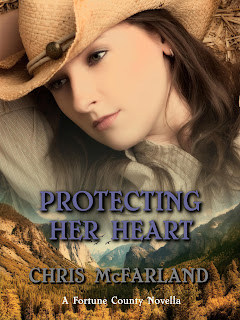 
Sarah Whitely knows better than anyone that words hurt, and no words hurt more than rumors and lies.  Unfortunately discovering the truth can be tricky when you find yourself keeping secrets right alongside everyone else.  Can Sarah clear the slate with everyone that she loves and keep her heart intact, or is she destined to lose it once again to the man who broke it to begin with?

Dan Stewart has known Sarah nearly all of her life.  A life that has included public shaming for a supposed sin that wasn’t even hers.  Vowing to protect her from the world’s cruelty, Dan never imagined that one day he would have to protect her from herself.  And when that day came he failed miserably.  Now she’s back in his life and he needs to decide whose heart he’s really protecting. 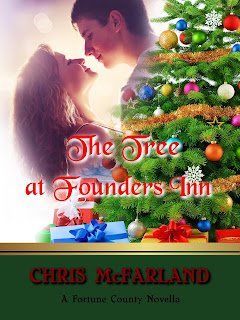 
If anyone had ever asked Russell Allen how he imagined his Homecoming after three tours in Afghanistan, this would not have been his idea.  Injured in a suspicious accident while deployed, Russell is now out of the Marines and out of place in his small hometown of Founders, California.  Home just in time for the holidays, Russell is roped in to helping an old friend organize the Annual Toy Drive.  But the more he gets involved with Lilly Gardner, the more he realizes that helping her is just an excuse to be with the one person who has always fit him perfectly.

For Amelia “Lilly” Gardner, The Founders Inn is more than just a lovely tourist destination.  It’s the heart of the community and the life blood of her family.  When the Inn begins to lose money, Lilly is determined to find a way to keep it out of the hands of the most miserable man in town.  She concocts an idea to create a community-wide holiday celebration like no other.  With the help of the newly returned Russ Allen, she is willing to believe anything is possible…even a long lost dream come true. 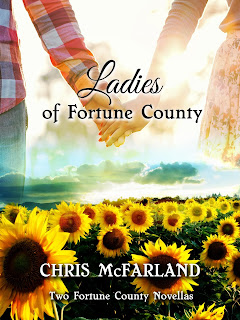 Two for the price of One!  "Protecting Her Heart" and "The Tree at Founders Inn" are packed into this print-only anthology about strong women fighting for what they want in Fortune County. 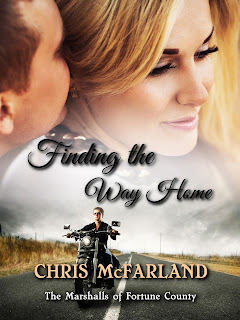 Jake Marshall made a huge mistake.  When his family needed him the most he cut and run, thinking that hiding from his anger and fear was much better than dealing with it.  Now, eight months later, Jake is back in town, looking to make amends and hoping that his family will forgive him for his stupidity.  Only his problems haven’t disappeared.

Daphne Parks wants to believe in happy endings.  She wants to believe that knights slay dragons, and heroes always win.  Unfortunately, experience has told her otherwise.  Now she has a chance to start over, away from the world of motorcycles and gangs that she was raised in.  So why in the world is she allowing herself to fall in love with a biker? 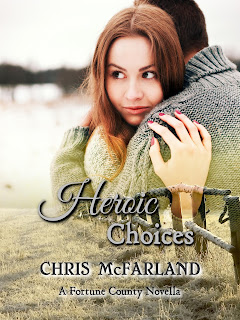 When the bomb went off…
Major Brian Whitely lost not only his arm, but his independence.  Now, faced with the prospect of returning to Fortune County to a house that is no longer really his home, he finds himself at the mercy of the woman who left with his heart years ago … and possibly something else.

When the phone rang…
Reality caught up with Nicole Minor.  After trying to make a new life for herself following the death of her father, Nikki finds herself in Founders, discovering too late the town’s connection to her past.  Now the only man she has ever loved is back in her life and her secrets are being revealed.  Will the people she has come to love and trust ever be able to forgive her lies? 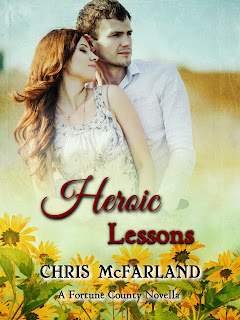 Grace Strong doesn’t put up with whiners.  After losing her parents at a young age and then losing her leg in Afghanistan she understands better than most that the only way to get through life is to keep moving forward.  Everyone who does otherwise is just wasting her time.  So why did she take a job treating a playboy celebrity who cares more about his ego than the advice of the people around him?

To the world Steven Whitely is a carefree baseball player who doesn’t form attachments and only comes home when needed.  Yet the world has only scratched the surface of who he really is.  Injured in an on-field brawl, Steven is forced to face down his emotional scars when his journey to recovery takes him home to Fortune County and places him in the care of the one woman who finally sees through him. 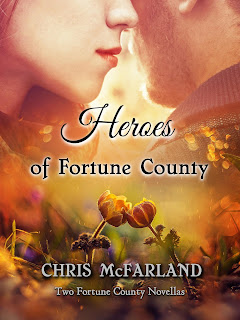 Here's your next shot at getting two Fortune County Novella's in one location.  "Heroic Choices" and "Heroic Lessons" are combined in this print-only anthology to tell the story of the Whitely Brothers and the Heroic acts that finally bring them back to Fortune County. 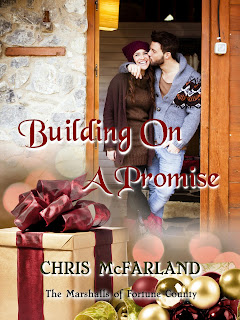 Real Estate Super Star Rachel Conner has always lived in the shadows of those around her.  The younger sister to her twin brother.  The meek tag-along to her adventurous best friend.  Never quite willing to stand up for herself, Rachel spent her entire life simply agreeing to whatever other people thought was best for her.  Until everyone else leaves her behind.  Now she is finally finding out what it means to be her own person and she refuses to let anyone stand in the way of what she wants.  Including the only man she has ever really wanted.
Jeff Marshall knows what it’s like not to be in control of his own future.  Unwanted from birth by both the mother who abandoned him and the grandparents who resented him, he took control of his life the day he set foot in Fortune County and confronted the father he never knew.  Though he was welcomed with open arms by the community at large, the only person he truly wants to accept him has always kept him at arm’s length…until he decides to give up on her.  When his past forces its way into his future Rachel is the one there to hold him up, but will their Happy Ever After last when even more tragedy tests their new found bond? 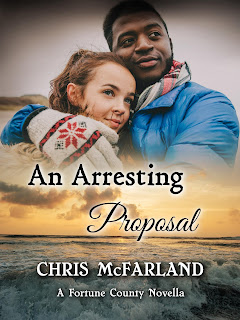 Amazon
AN ARRESTING PROPOSAL
Release Date: May 29, 2019
To say that Beth Massey’s life wasn’t going the way she’d planned it, would have been an enormous understatement. With the death of her husband, the emotional withdrawal of her children, and now an arrest on her record, moving home to Founders seemed like the only way she was going to be able to hit reset on her chaotic existence. Too bad some of her troubles decided to follow her.Abel Quinn knows a little bit about living chaotically. Not knowing the name of your father until you are eighteen will do that to you. However, this cop’s decade long search for the man who sired him is finally drawing to a close in the small community of Founders. Unfortunately, his father isn’t the only person of interest he discovers in this coastal farming community. Why does the sister of the local feed store owner look like the woman he arrested a few months back?Can the two of them move past their previous encounter come together to keep Beth’s life from completely imploding once secrets starts to come to the surface? 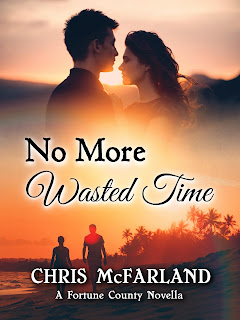 Amazon
NO MORE WASTED TIME
Release Date: April 10, 2020
Not all princes ride white horses.Born with a heart defect that was supposed to kill him before he reached adulthood, Eric Flannery knows he’s been living on borrowed time. He’s never wanted to commit to anyone for fear of leaving them heartbroken in the end. Especially not the sweetest girl he’s ever known. But miraculously he receives a second chance…both in life and in love. Will he be heroic enough to take a stand and fight for his place beside her?Not all princesses can dance.Sofie Michaels has always known that she was different. It would have been hard for her not to know considering she could barely walk without tripping over her own feet. For years she’s battled Cerebral Palsy and the limits it has placed on her life. One constant has been her friendship with Eric and the freedom it gives her to just be herself. When Eric receives the miracle he’s been waiting his whole life for, Sofie starts thinking about shedding her own limits and living just for herself. But does that mean she can’t still have Eric in her life? 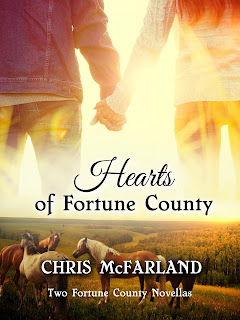 HEARTS OF FORTUNE COUNTY
Release Date: April 12, 2020
Here's yet another chance at getting two Fortune County Novella's in one place.  "An Arresting Proposal" and "No More Wasted Time" are combined in this print-only anthology to tell two "heart" warming stories through the eyes of Marshall Family Friends.